The ground floor of the house

The ground floor of the house had been partially covered in concrete ( a no no as this forces humidity to travel sideways up the walls of the house - concrete doesn't let water vapour through and holds on to humidity - the other part was wooden beams with chestnut floorboards that had seen better days.  I broke up the concrete with a breaker and took up the floorboards and supporting beams and hired a digger to dig down 35cm.  20cm of 20/40 stones were then painstakingly wheelbarrowed in to create 'un hérisson' into which was placed an agricultural pipe with holes in it to air the stones.  The water evacuation pipes were laid into this with sand around them for protection. 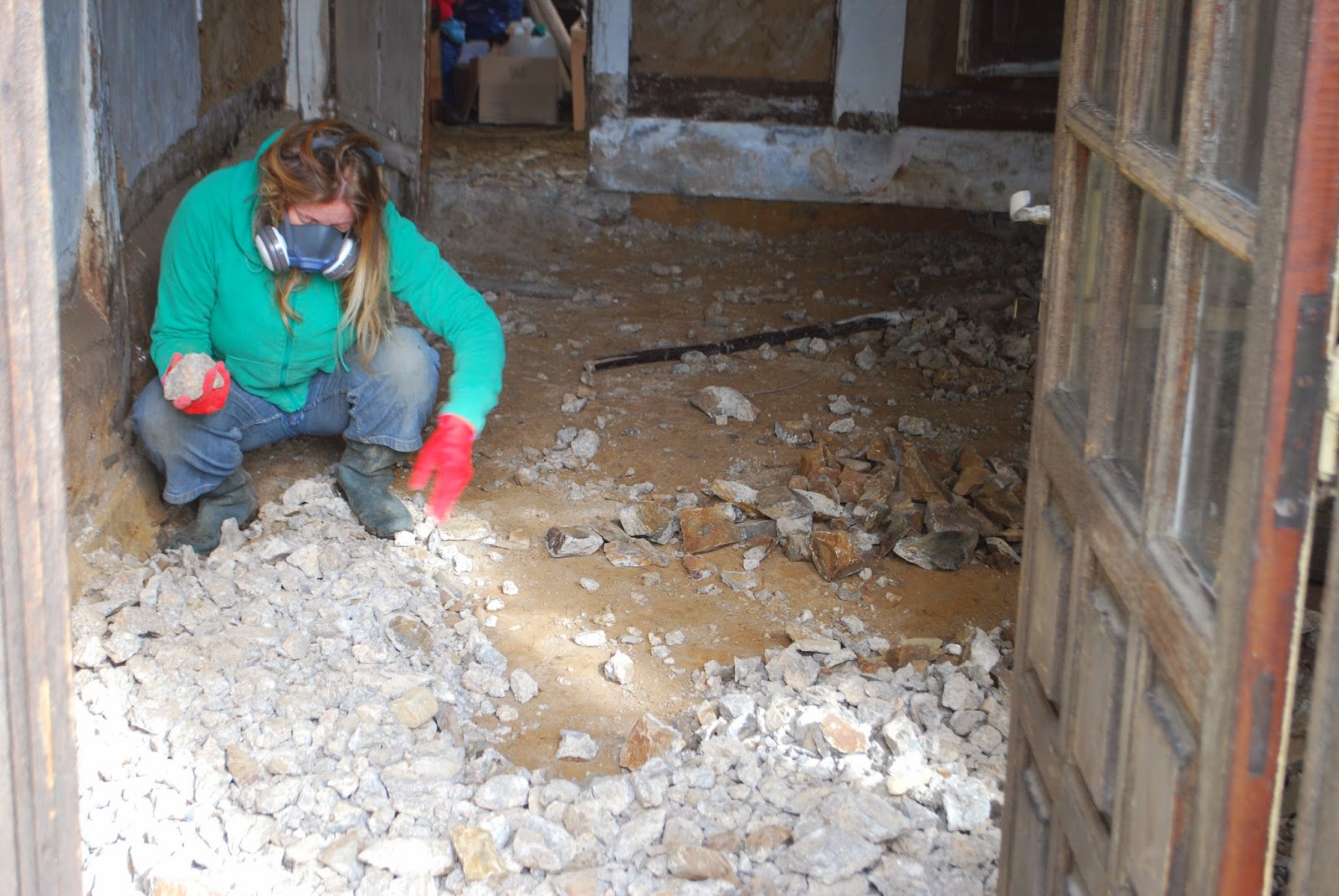 The concrete floor broken up 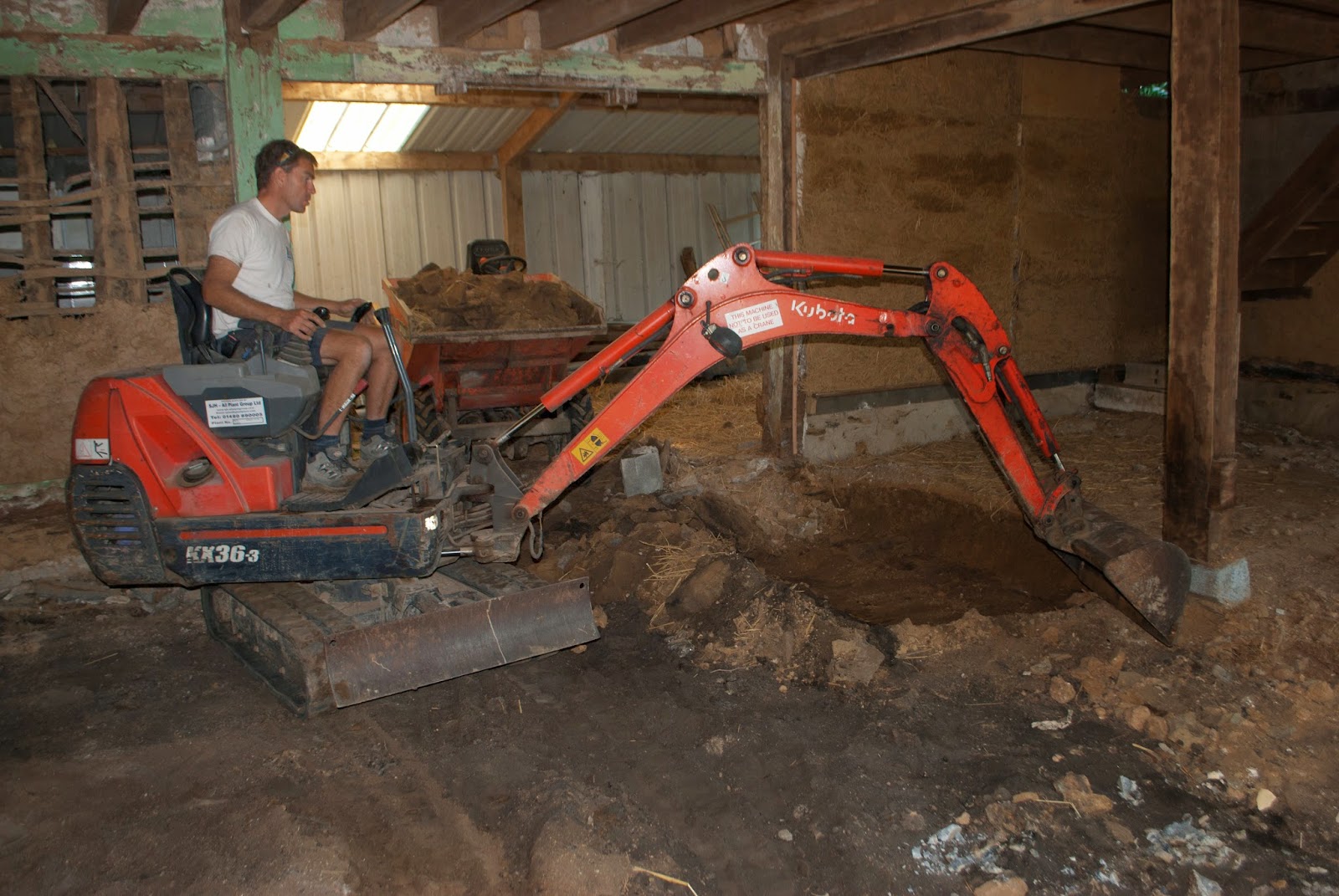 
Digging out 35cm depth of earth 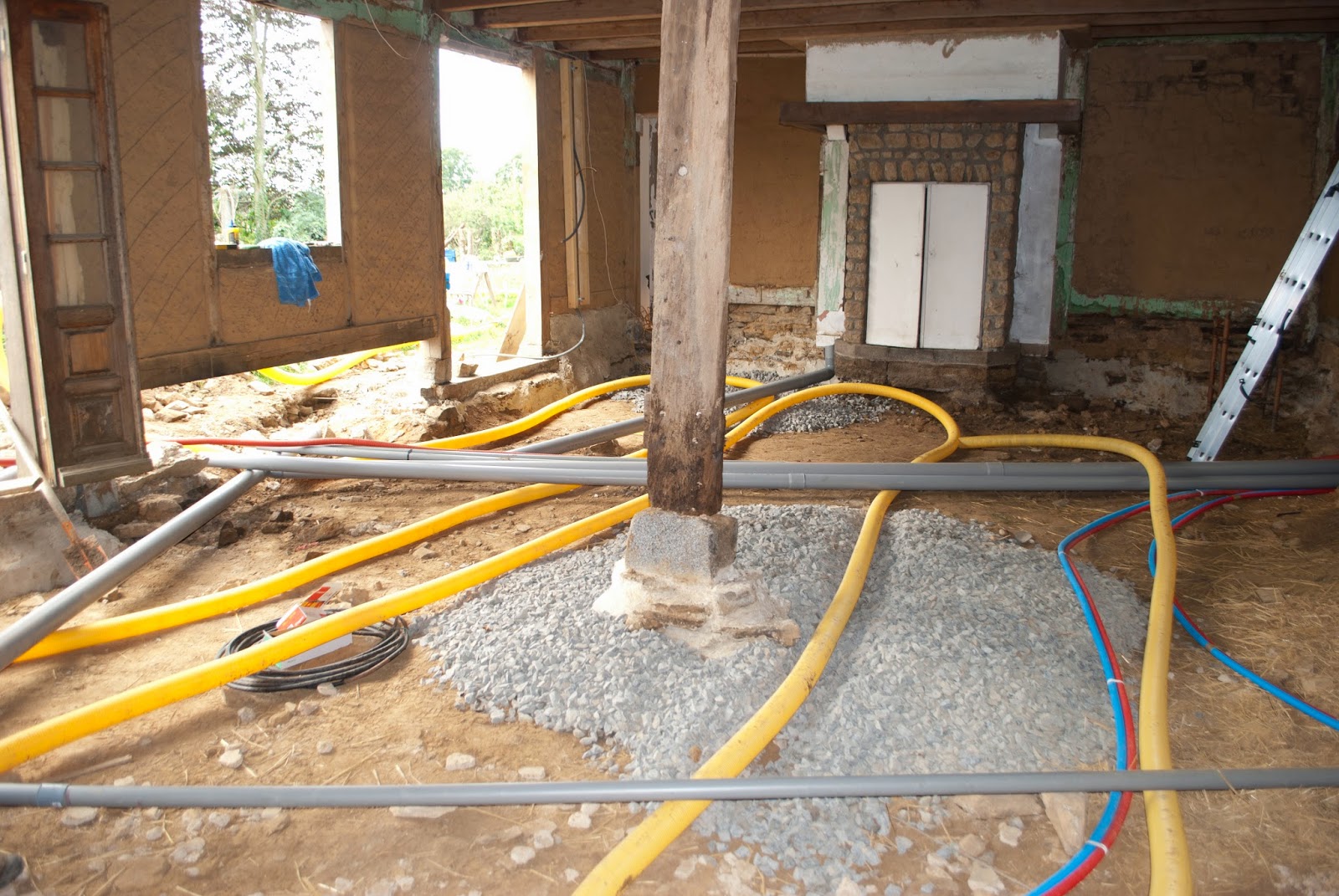 The ventilated agricultural pipe laid to aerate the stones 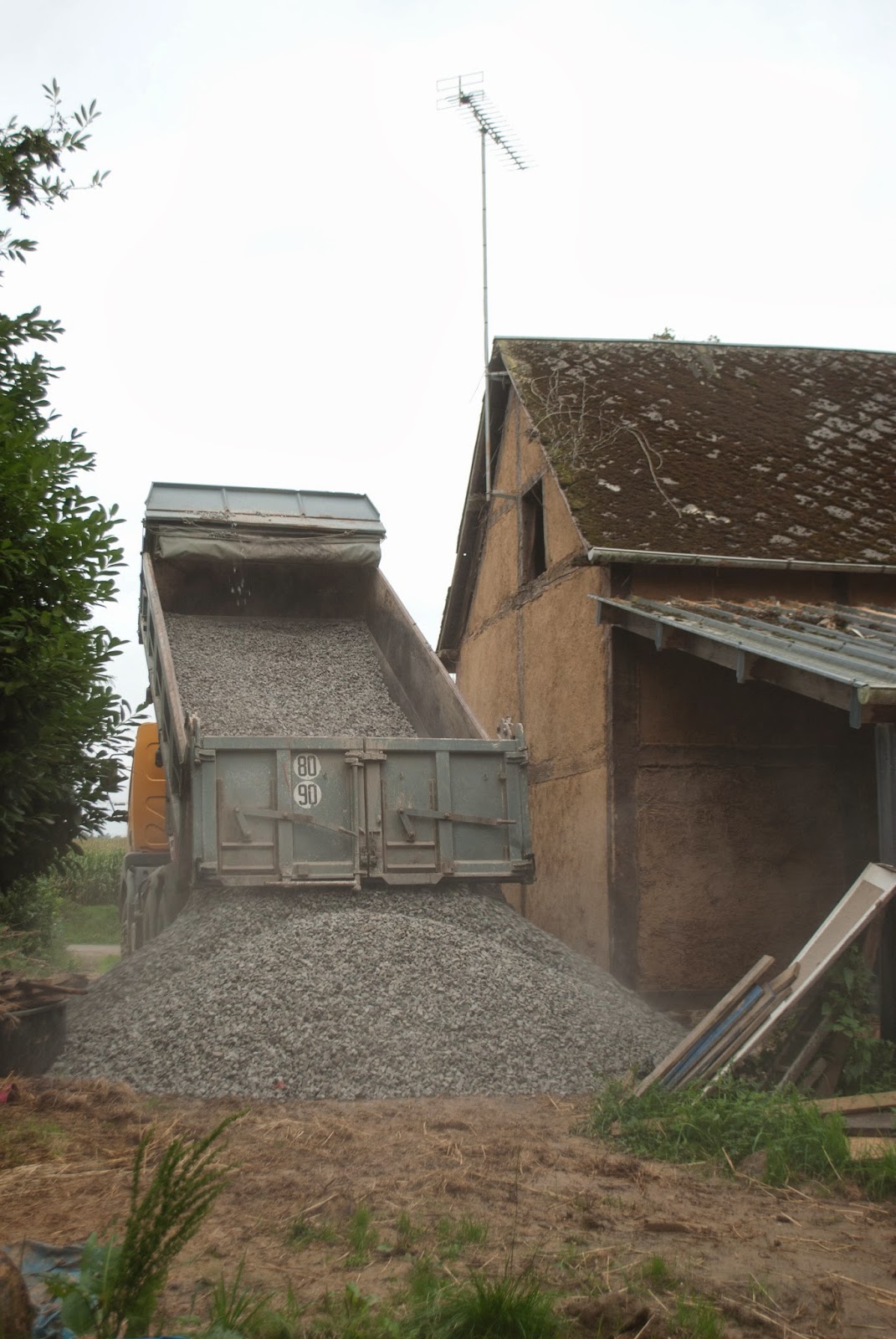 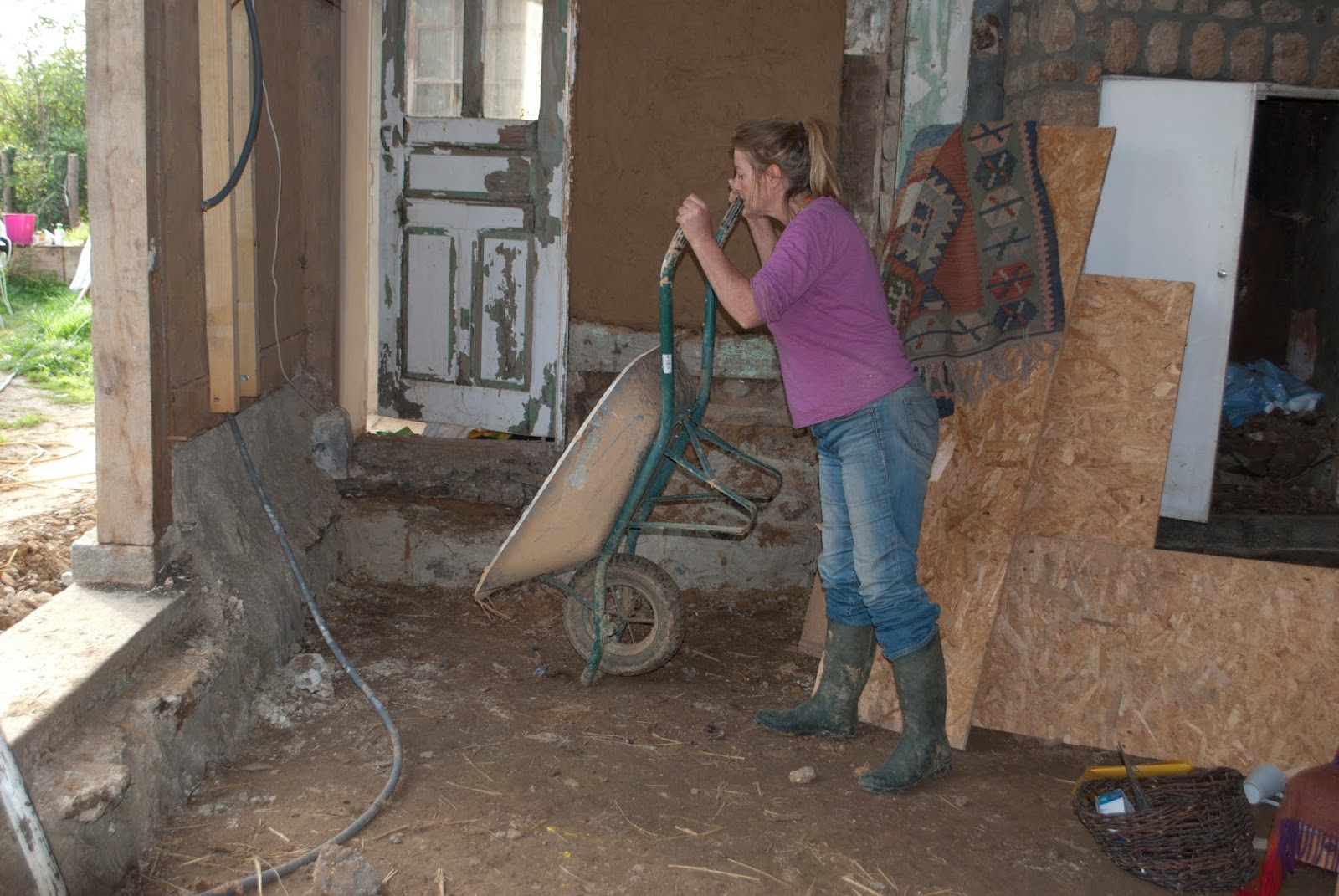 Barrowing in the stones
﻿
Posted by Liza Sweeting at 16:20