Kitty (or 'white cat' as Kevin calls her) joined the project last year.  Kevin spotted her peering out of one of the crumbling barns on the land when she was several months old - offspring of a feral cat that roams around.  She has just had some kitties of her own - she gave birth on the ground floor of the house on a pile of newspaper but subsequently moved her little kitties to a hollow log next to the house after vociferously objecting to the building noises around her. 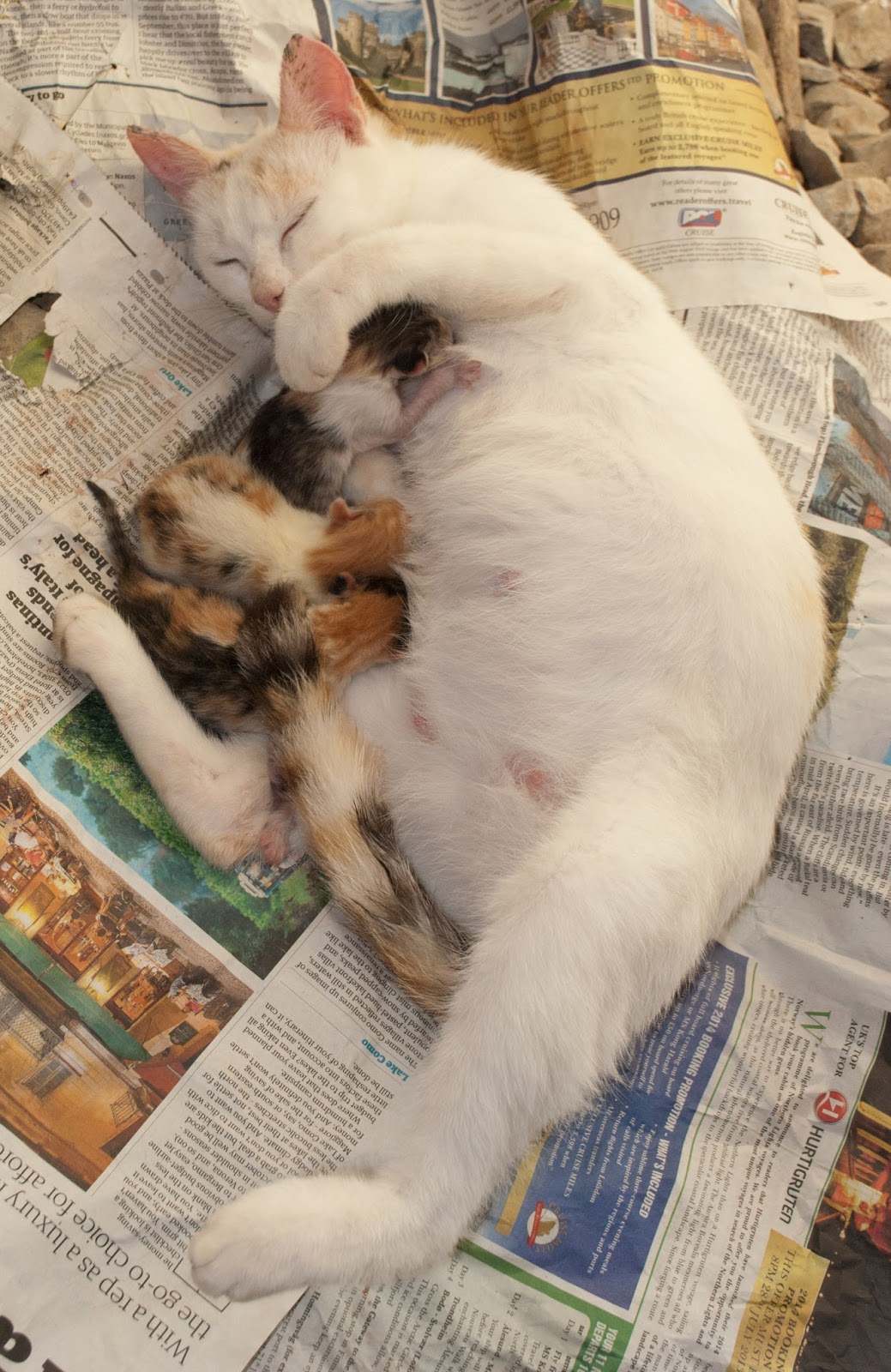 Kitty with her litter﻿
Posted by Liza Sweeting at 21:54