In December 2012, I embarked on a 5 month course in ecoconstruction in Coutances.  I learned about the theory and practice of ecological building.  The theoretical part centred on the notion of the use of natural materials with a low 'energie grise'.  The practical side included stone masonry, earth, lime and plaster renders.

Some images from the course: 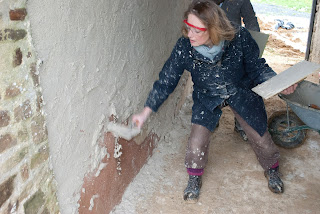 Above:  Projecting a lime render.  There are normally 3 coats.  This is the first one.  You need to wear protective glasses and gloves when working with lime. 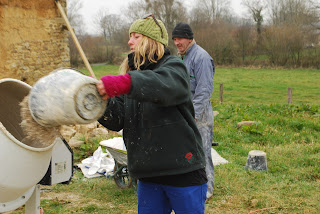 Above:  Preparing an insulating render of lime and hemp. 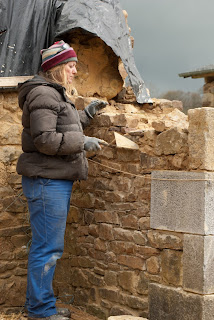 Above: We spent a week learning how to construct stone walls using lime and earth mortar mixes. 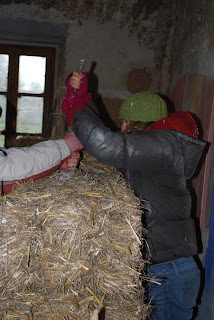 Above:  We learned the theory and practice of three different techniques for the construction of straw bale houses (cellule sous tension, paille porteuse and GREB).  This is 'paille porteuse'.  The straw bales are the supporting walls.  They are held in place by piercing the bales with sticks. 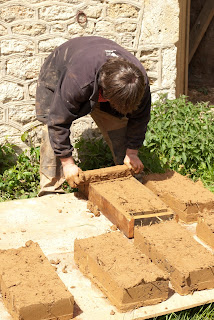 Above:  The highlight of the course was the three weeks we spent working with earth.  Here the architect Francois Streff explains how to make adobe mud bricks with clay earth and straw using wooden moulds. 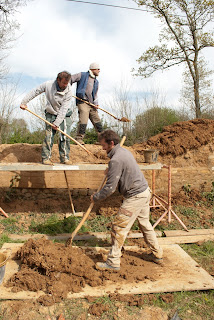 Above:  Building an earth wall (bauge) using clay earth and straw piled onto a base of stones. 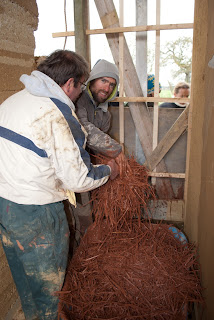 ﻿
﻿
Above:  We used a slip of clay earth mixed with straw which was packed down between boards to create an insulating wall. 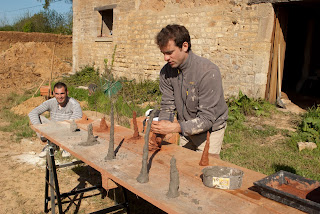 Above:  We carried out a series of tests with different earth to determine the clay content. 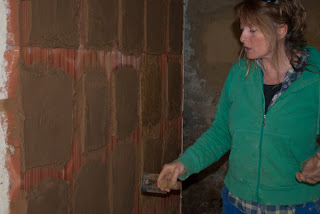 Above:  We conducted a series of tests varying the amount of sand and fibre added to a given earth to determine the best combination for an external render for a bauge wall. 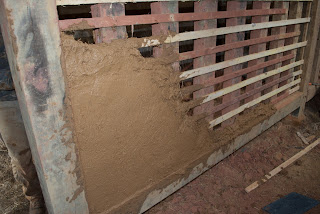 Above:  We mixed clay earth and straw to make a 'torchis' mix which was pressed around the wooden slats to create an internal wall.﻿ 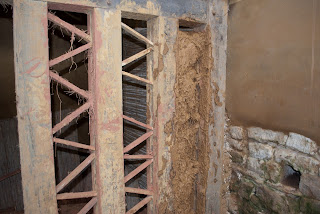 Above:  Another 'torchis' method.  A long wound spiral of straw was dipped into slip and then wound in and out of these wooden diagonals to create a wall.﻿ 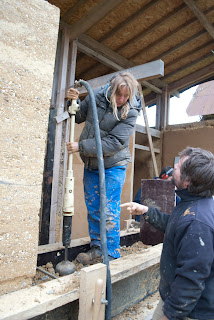 Above:  The 'pisé' method of building a wall using gravel and clay earth which is compacted within a boarded space. 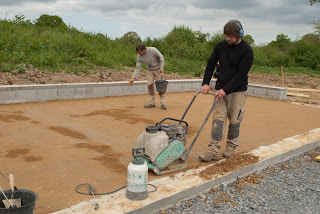 Above:  We worked at a centre for renewable energy where we put down an earth floor over a gravel base.

I worked with three different companies during the course.  Marie Meunier is a young 'maconne' in the Perche.  I learned how to mix and apply lime paints with her and also visited an SCIC centre for the promotion of ecoconstruction techniques and materials: 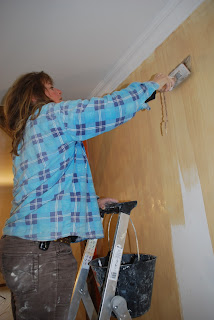 Above:  Applying a badigeon de chaux (a lime paint). 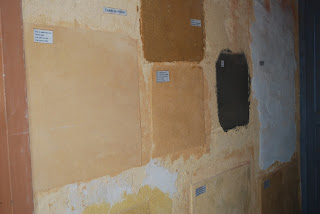 Above:  At Ecopertica they had lots of samples of different ecological renders on the walls as well as other ecological building methods. 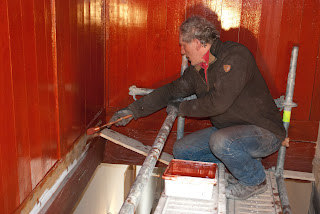 Above: I worked with Dominique Baffou who imparted his knowledge of ecological paints. 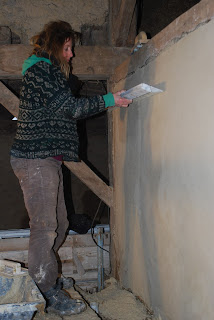 Above:  I worked with SARL Letourneur where I learned to mix and apply a lime render to a torchis wall.﻿ 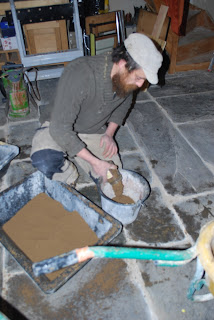 Above:  Manu Letourneur mixing earth and sand to create test patches for a render. 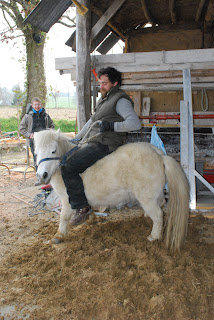 Above:  Manu and his pony mixing the earth and hay for a torchis wall.﻿ 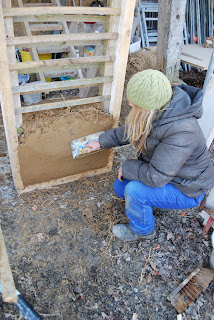 Above:  I helped to create a torchis panel to take to a sustainable development event.﻿ 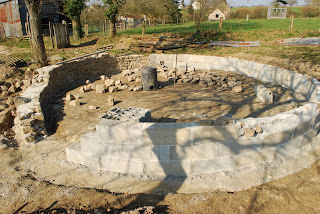 Above:  The first stages of a straw bale round house that Manu and his team are building.﻿
﻿
Posted by Liza Sweeting at 14:42